Jerry came to NAHB as tax counsel in 1988 and served in a variety of roles, including Chief Lobbyist. He was promoted to Executive Vice President and Chief Executive Officer in February 2001. Before embarking on his association career, Jerry practiced real estate law in his home state of South Carolina. His exposure to the housing industry has literally encompassed a lifetime; Jerry grew up working in a variety of roles for his father, a developer.
Jerry earned a Bachelor of Arts from the University of Vermont and received his Juris Doctorate from the University of South Carolina. He, his wife Christina and their children Eirann, Meaghan and Sean live in Virginia, just outside of Washington, D.C.
Speaking At
Housing Leaders Discuss Policy Priorities, Housing Challenges, and Election Implications 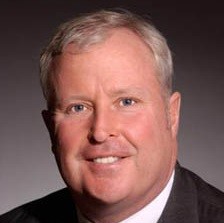