Full Name
Jim Bishop
Job Title
Owner & President
Company
Vesta Lee Lumber
Speaker Bio
Jim Bishop has run his family lumberyard in Bonner Springs, Kansas since 1977. Jim's father, Skip Bishop, started the c ompany in 1946. Jim grew up at the lumberyard and now enjoys working closely with his son, James, and together they continue to run the family business. He has five grandchildren (so far) whom he looks forward to raising in the lumber business.

Jim enjoys giving back to his communities and has experience in leadership roles. When his two children were younger he enjoyed coaching all of their sports teams, and volunteering as a Boy Scouts leader. As his children grew, he continued volunteering his time to give back to his community. He currently serves as President of the Linwood Lions Club, and has enjoyed this role for the past 10 years. His favorite part of being the President of the Lion's Club is giving out scholarships to Basehor-Linwood graduates who also serve tier community. He also serves as the Vice-President of the Bonner Springs Rotary group and enjoys giving back to his local community.

Jim joined the Mid-America Lumbermens Association in 1977 and assumed a leadership role when he was elected the Kansas State Representative in the 1990's. He became president in 2015.

Jim is passionate about the lumber industry and wants to give back to an industry that has supported his family and been a part of his entire life.
Speaking At
Welcome & Opening Keynote | Government Affairs Update from Washington DC 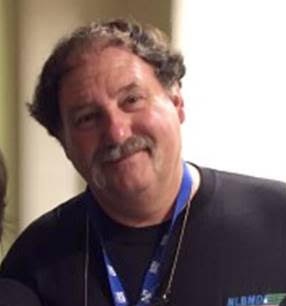